While department stores loom on Newbury Street, Betsy Jenney can hold her own. With two locations and a treasure trove of noteworthy designers, Betsy makes shopping an efficient and personal experience. Casual, evening, black tie, suiting, mother of, bridal and anything in between can be found in Betsy Jenney Newbury Street. Attentive staff and in-house alterations make shopping a pleasurable experience.  Betsy Jenney herself coined the term ‘happy clothes’ and for good reason – she makes fashion just that. 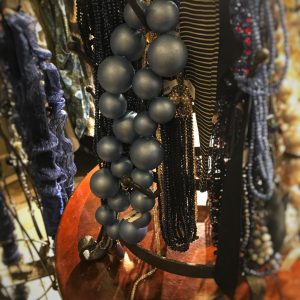 Self-taught in sewing and design, Betsy Jenney’s interest in clothing began at age ten while living in San Francisco. Having no mentor in such a craft, her insatiable appetite for clothing led her to hone her talent through design. By the age of sixteen she had returned to her roots in Marblehead and by eighteen, Betsy was designing and selling her creations from home. A few years and two children later, this young mother in her twenties continued to design and sell clothes from her Marblehead apartment. 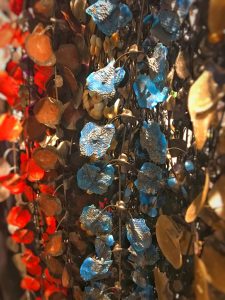 When Betsy moved her family to Cape Cod, she fueled her interest in women’s fashions by working in assorted boutiques and women’s clothing stores while raising her two boys. She was fascinated by the retail clothing business and what it offered to women, young and old.

While she had no formal training in fashion, retail or business it was Betsy’s passion and keen sense of style that led her to open her first Betsy Jenney Store in 1975 on Cape Cod. Her store was a New York style store in the middle of nowhere and yet customers came in droves and returned each season and in between. Betsy did all her own buying in New York and brought hip and fashionable clothing to this small New England town. Her success led her to open a second location on the Cape and it was in 1993 that Betsy, getting bored with fashion on Cape Cod, opened Betsy Jenney on Newbury Street.

It was this move that gave Betsy the opportunity to sell more interesting clothes to a more diverse population.  She knew immediately she was here to stay. 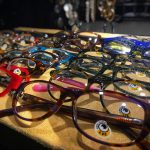 Betsy Jenney has been on Newbury Street for 26 years and continues to successfully promote wearable fashion to women of all ages, shapes, and sizes. She prides herself on putting the right clothes on the right bodies and making women look and feel fabulous.

A fashion force at 77, she has no plans of slowing down having just returned from a week in LA.  Betsy continues to do her buying in New York, spends six days a week in her stores and prides herself on attending Barre Class religiously. Her boundless energy is contagious and Betsy continues to be a highly respected expert in the retail fashion industry. 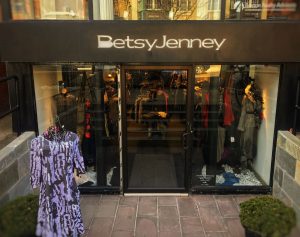